Binay Backs Out of Debate With Trillanes (Video)

By Admin
November 11, 2014newspoliticsvideo
Vice president Jojo Binay on Tuesday announced his decision to back out of his debate with senator Antonio Trillanes set on November 27. 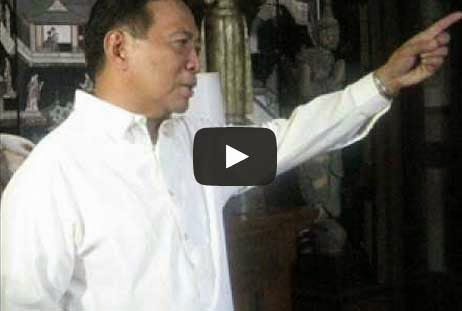 In a live interview aired on DZMM Teleradyo, the country's second topmost public official confirmed that he is no longer interested to be part of the debate, which was organized by the Kapisanan ng mga Brodkaster ng Pilipinas (KBP).

Binay explained that he was fed up because Trillanes talks too much ("marami siyang salita"), the reason why he backed out even if he was the one who challenged the senator in the first place.

Meanwhile, Trillanes responded that the vice president's decision only proves that he cannot keep his word. The former Philippine Navy officer said Binay isn't trustworthy and has no word of honor.