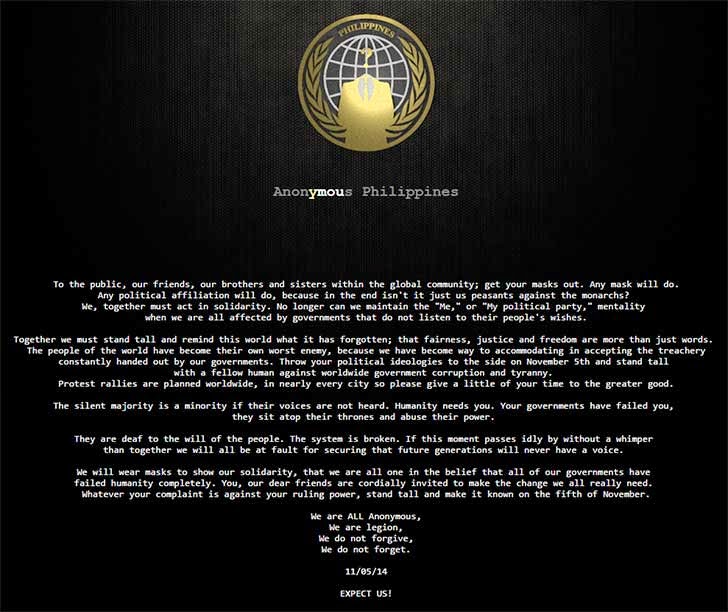 These are the sites that have been defaced by the group so far:
The Million Mask March is set to take place at the Batasan Pambansa in Quezon City on November 5, according to a post on the group's Facebook page.

"To the public, our friends, our brothers and sisters within the global community; get your masks out. Any mask will do. any political affiliation will do, because in the end isn't it just us peasants against the monarchs?" Anonymous Philippines said on the statement posted on hacked sites.

They said violence will not be tolerated as it will be a peaceful march, adding that no drugs and alcohol will be allowed because children might be joining.

Aside from defacing government websites, the group said it also planned to launch a distributed denial-of-service (DDoS) attack on Wednesday.