By Admin
October 01, 2014basketballlivenewssports
The UAAP Season 77 Finals will telecast live on ABS-CBN Channel 2 starting Saturday, October 4, 2014, it was announced on ABS-CBN Sports+Action. 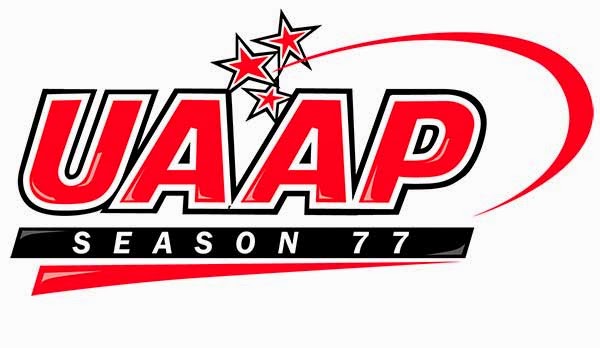 The best-of-three series will feature the National University (NU) Bulldogs going up against the Far Eastern University (FEU) Tamaraws.

History was made twice at the games in the semi-finals: the Bulldogs reached the UAAP finals for the first time in four decades and it's also the first time in the history of the league that there's no Ateneo or La Salle in the finals since the Final Four was instituted.

Venues of the UAAP Season 77 Finals between the NU Bulldogs and FEU Tamaraws, set to run within October 4 to 11, will be the SM Mall of Asia Arena and Smart Araneta Coliseum.

Yahoo! Philippines tweeted that Game 1 of the UAAP Finals between FEU and NU will be held Saturday, 3:30 p.m. at the MOA Arena.

ABS-CBN Sports has yet to make an announcement whether or not there is a live stream of the UAAP Season 77 Finals.