By Admin
October 03, 2014newsweather forecast
Typhoon Phanfone 2014 has entered the PAR and been given the local name Bagyong Neneng, state weather bureau PAGASA reported on Friday. 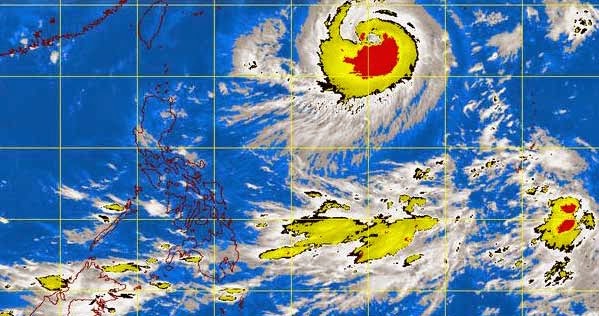 As of 5 p.m., PAGASA said it's eye has been spotted at 1,330 kilometers East Northeast of Itbayat, Batanes, with maximum sustained winds of 175 kilometers per hour near the center and gustiness of up to 210 kph.

Typhoon Phanfone has been forecast to move Northwest at 20 kph. It is expected to be outside the Philippine Area of Responsibility by Saturday morning.

State forecasters said Western Visayas, Zamboanga Peninsula, and the province of Palawan will have cloudy skies with light to moderate rainshowers and thunderstorms. Metro Manila and the rest of the country will be partly cloudy to cloudy with isolated rainshowers or thunderstorms.