By Admin
October 21, 2014newsvideoviral
A funny video of a stand-up comedian, who lip-synched the song titled "Sana Maulit Muli" by Regine Velasquez, has gone viral on Facebook.


Froilan Paloso, a member of the LGBT community, matched his lip movements with the vocals almost perfectly as if he was the real singer.

The video, which was uploaded last Saturday, October 18, has garnered more than 5,000 likes and over 6,000 shares as of this posting.

In it, Paloso is seen making funny faces while lip-synching the OPM hit using a burned piece of wood as microphone.

Most of the viewers commented that his performance took their stress away. Check out this funny video for some laugh! 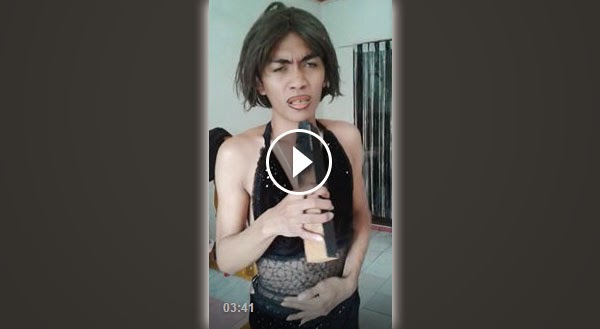