By Admin
October 01, 2014facebooknewstechnology
News about Retrica allegedly giving away 2,000 iPhones on October 25 is circulating on Facebook. The hoax has fooled thousands and counting.

Two thousand lucky winners will be messaged via FB in November, it claims. 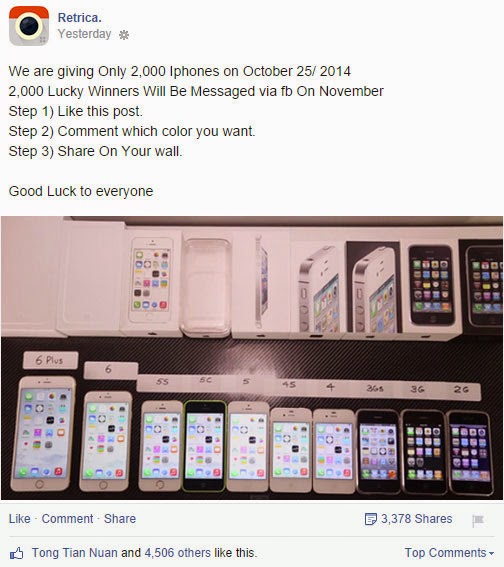 The offer, which is too good to be true, comes from a fake Facebook page.

No announcement regarding the supposed iPhone giveaway has been made by the genuine Retrica account. The impostor, on the other hand, does it every month.

Almost everyone wants an iPhone; for many it's a status symbol. The desire to own one is basically the reason why people allow themselves to get deceived.