Man Surprises Cheating Wife Who Left Him For A Textmate

By Admin
October 21, 2014newsrelationships
A husband surprised his wife who escaped home to live with a man she met through text. The cheater is now hiding while her lover is in jail.

Based on a report on Sunstar Superbalita, police identified the husband as alias Tacio, 44, a resident of Barangay Tigatto in Buhangin, Davao City, his 40-year-old wife as alias Nimfa, and her textmate as alias Pepoy, 29.

In his statement at the Talomo Police Station, the problematic family guy said he caught his wife beside her lover at the latter's residence in Barangay Matina Pangi around 1 p.m. last Sunday, October 19.

Tacio said he lost his temper and tried to drag his wife outside the house, but she was able to break loose, jumped out of the window, then ran off in an unknown direction. He was left with no other choice but to bring his wife's lover alone to the police station.

At the precinct, Pepoy reportedly admitted in front of the desk officer that his romantic affair with Nimfa has been going on for almost two months already.

In an interview, he told the reporter that their forbidden relationship started when they exchanged sweet messages through text every night until they agreed to live together in one roof.

The couple has 7 children, according to the report. One of their kids accompanied the brokenhearted husband to Pepoy's house where his wife stayed after leaving their home.

Tacio said he realized that there's no guarantee a wife will not cheat and commit infidelity even if the husband is responsible. He has reportedly decided to file a case against Pepoy in court. 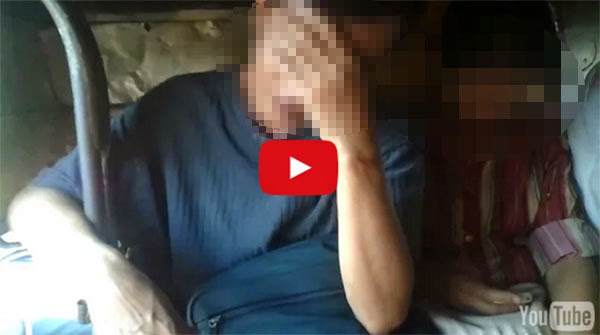