Man Falls Off An Overpass In Urdaneta (Video)

By Admin
October 28, 2014newsvideoviral
A video showing a man falling off the roof of an overpass in Urdaneta City, Pangasinan recently is going viral on social media.

The video, which was posted on the social networking site Facebook by Fernando Adviento Narcilla, has garnered over 64,900 views and 1,200 shares as of this posting.

According to ABS-CBN News, the incident took place near 168 Mall last Tuesday, October 21.

The man, believed to be suffering from a mental illness, was rushed to the hospital. He climbed the overpass around 6:00 a.m. and fell off its roof around 5:24 p.m. after being involved in a scuffle with rescue team members, the report said.

Aside from him, a curious bystander also fell on a woman while watching the fight. They were likewise brought to the hospital. 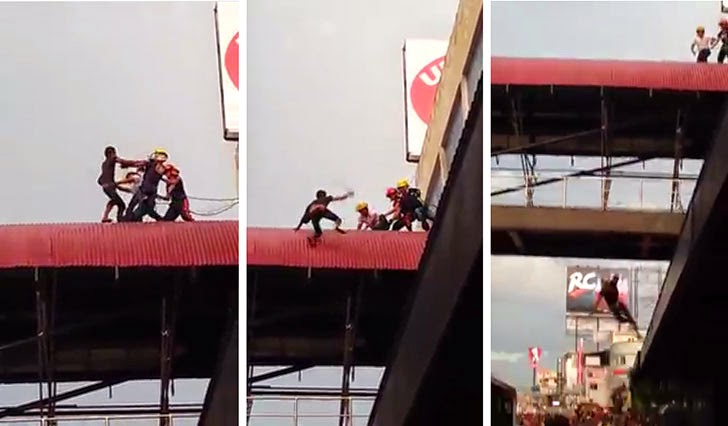