By Admin
October 07, 2014news
Malacañang has stopped the deportation of Ja Hoon Ku, a Korean fugitive wanted for stealing around $200 million from a company in Korea. 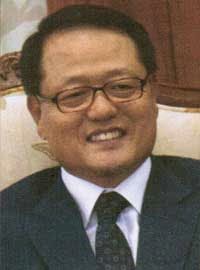 According to an ANC report via Yahoo! Philippines, Ja was one of the contractors involved in the construction of the Philippine Arena, the world's largest domed theater owned by Iglesia Ni Cristo (INC).

He was arrested by the Bureau of Immigration (BI) but was later released prior to his deportation to his home country.

The report said Executive Secretary Paquito Ochoa issued an order to grant Ja temporary liberty as he awaits the court's ruling on his appeal for the deportation case.

Ja, who converted to Iglesia Ni Cristo from being a Korean Christian Church member, was reportedly entrusted to his co-INC members.

The palace has yet to give a word on the matter.