Directed by Master Love Storyteller Cathy Garcia-Molina and Ted Boborol, “Forevermore” is set to shake up the hearts and minds of primetime viewers with its unique tale about first love that blossomed between two different people — the rebellious and irresponsible unico hijo of a hotel magnate, Xander (Enrique), and the feisty and hardworking Strawberry Jam Queen of La Trinidad, Benguet, Agnes (Liza).

Xander and Agnes’ extraordinary relationship starts after an intoxicated Xander crash lands his parachute into a strawberry truck. To teach him a lesson, his parents made him pay for the damages he caused by making him work at the strawberry farm under the guidance of Agnes and other strawberry farmers.

“Forevermore” is produced by Star Creatives, the same group that brought viewers the hit romantic drama series “Princess and I” and “Got To Believe.”

Feel the thrill of falling in love for the first time in “Forevermore” weeknights starting Monday after “Hawak-Kamay” on ABS-CBN Primetime Bida. 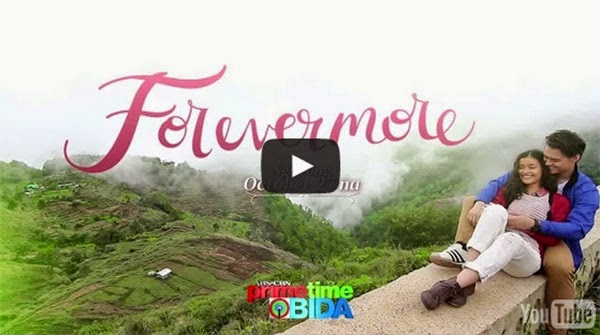