By Coolbuster
October 15, 2014newsvideo
Probably thinking that it was a woman with an animalistic appeal, a brokenhearted drunk man raped a dog in a barangay in Mandaue, Cebu.


The incident happened outside the store of Salvador Zapanta, who said he saw the man doing a lewd act on his pet dog, Interaksyon.com reported.

Zapanta told News5 Cebu that the man continued raping the domestic animal even when a light was already flashed on him.

The man, who was later arrested by police, reportedly denied having sex with a dog and insisted that he made love with a woman.

The dog owner did not file charges against the sex offender, who eventually decided to leave the village because of extreme embarrassment.

It was found out that the drunk man who raped a dog in Cebu got separated with his live-in partner recently. 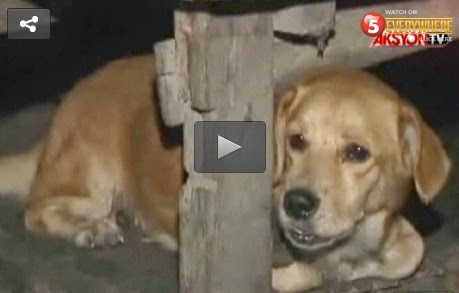