By Admin
October 13, 2014newsvideoviral
A video featuring a hidden camera prank with the scary Annabelle doll has gone viral online less than two weeks after the film was released.

The video, which was based on the supernatural horror movie character, was uploaded on YouTube by Yo Amo El Futbol. It has garnered over 106,000 hits as of this posting.

The description in Portuguese says: In partnership with Warner, SBT brings to Brazil the Annabelle doll, which was used in "Invocation of Evil" movies, 2013, and "Annabelle."

It shows several persons in twos who were "hired" to clean a room with scary objects. Everything got spine-chilling when Annabelle's rocking chair starts to move.

Check out the Annabelle Prank 2014 video. You'll be amazed on how they've put everything including the special and sound effects together to make it more realistic. 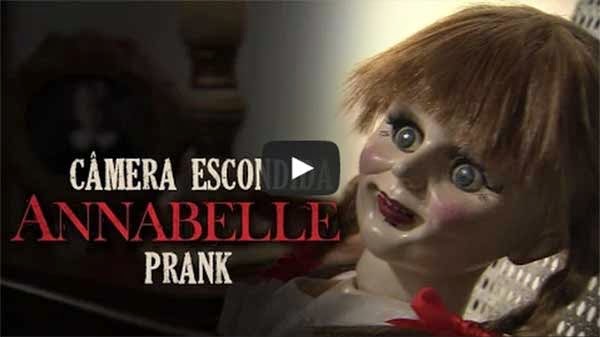