By Coolbuster
October 02, 2014newsphotoshowbizviral
Eating isaw has never been sexier!

A stolen shot that captured actress Angel Locsin eating an isaw burger combination at a beach in Boracay is making rounds on social media. 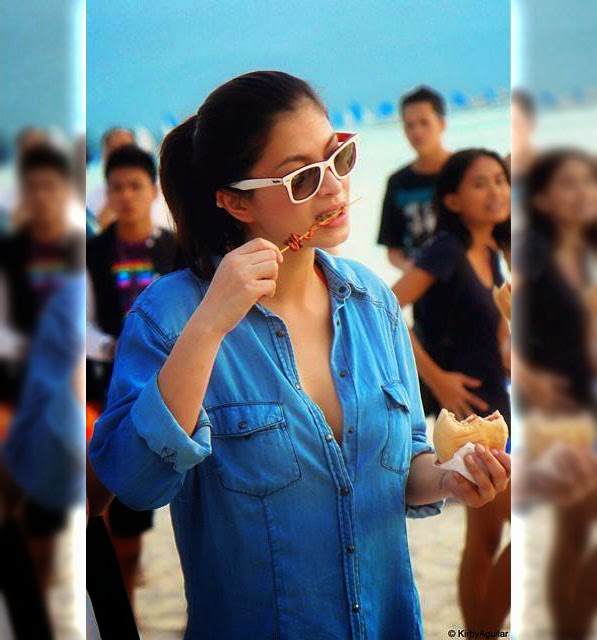 Isaw is a street food made from barbecued chicken intestines.

The picture was taken by a netizen named Glena Rose So, who described the Kapamilya star as a person who's "very nice" and "down to earth."

The viral photo already got 244,231 likes and was shared 1,199 times on Facebook since it was uploaded on Angel's fan page on Wednesday, October 1.