By Coolbuster
September 20, 2014newsvideoviral
An "altercation" between a pitiful buko vendor and a car owner in front of a bank in Manila has been captured on a viral Facebook video. 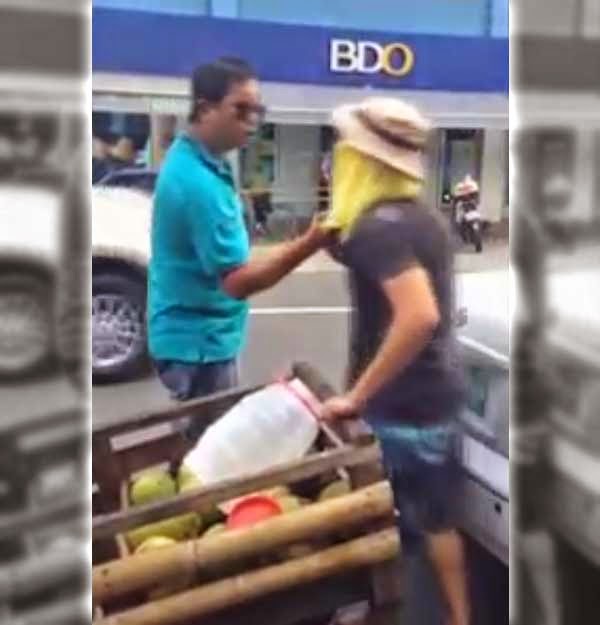 As of this posting, the clip already garnered more than 1,200 likes and over 23,000 shares since it was reposted on a community page last Thursday.

Several netizens did bite the drama and quickly posted negative remarks against the driver. It was discovered later that the scene is a "social experiment" of Wish Ko Lang, a wish-granting show on GMA-7 which airs Saturdays.

In the video, the driver got angry when a buko vendor accidentally bumped the car with his pushcart. The driver demanded that the poor guy pay him for what he's done.

In its Facebook page, the show says their goal is to find someone who will have the guts to stand in between the two individuals in conflict.

The caption of the video says: