In a statement issued late Sunday night, Deputy Presidential Spokesperson Abigail Valte enumerated the areas where there are no classes.

Executive Secretary Paquito N. Ochoa, Jr., upon the recommendation of NDRRMC and state weather bureau DOST-PAGASA, is declaring a suspension of classes on all levels, public and private, for September 15, 2014 (Monday) in the following areas:

According to PAGASA, the eye of Typhoon ‪Luis was spotted 174 kilometers West Northwest of Laoag with maximum sustained winds of 120 kilometers per hour near the center and gustiness of up to 150 kph. 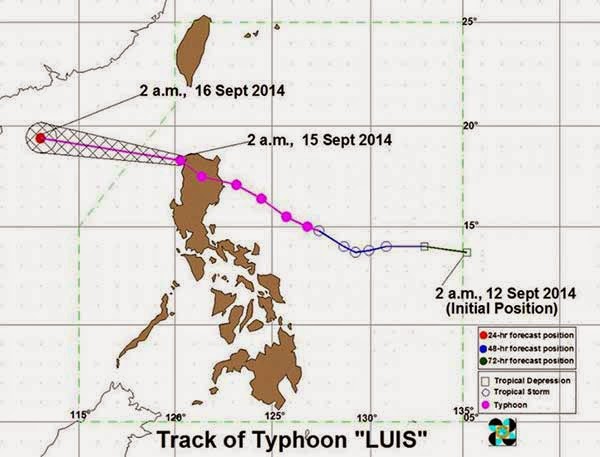 As of Monday morning, state forecasters said Typhoon Luis is now over the West Philippine Sea and continues to move away from the country.