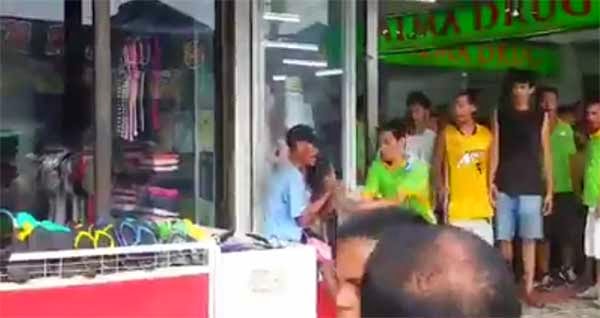 In it, an unidentified girl is being held hostage by a man.

Thanks to a brave store employee, the victim was saved from the hands of the hostage taker, who bathed in his own blood after being mauled by the angry crowd.

The girl looks like she was traumatized from the horrible experience.

Check out the video footage of the Surigao City hostage taking: