Heart-Chiz wedding moved to February 15, 2015 instead of Valentine's Day

By Admin
September 03, 2014newsshowbiz
Instead of Valentine's Day, the wedding of actress Heart Evangelista and senator Chiz Escudero has reportedly been moved to February 15, 2015. 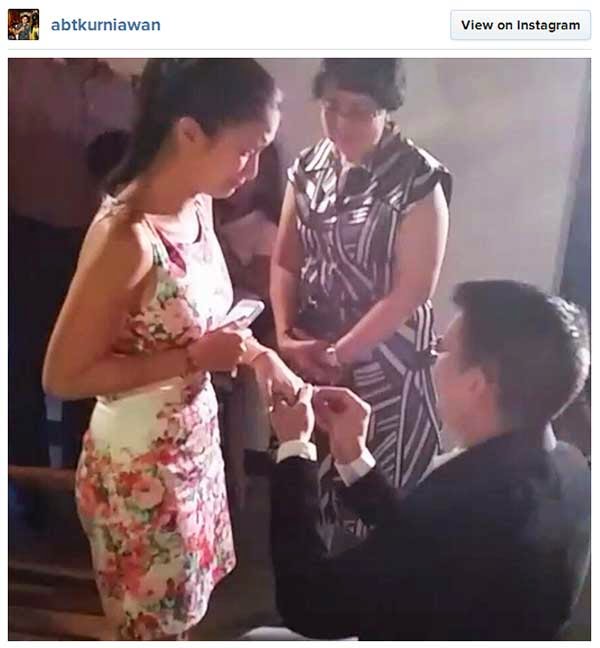 Based on a report published on entertainment website PEP.ph, the recently engaged couple decided to postpone their wedding for a day due to a conflict in schedule with another pair.

They originally planned to exchange I Do's on the day of hearts but the wedding venue, the Balesin Island Club in Polilio, Quezon, was reserved by television host Cesca Litton and her fiancé, Tyke Kalaw.

Together with their wedding coordinator and stylist, she and her husband-to-be discussed the wedding details and logistics with Balesin managers and at the same time verified from them if the date is still available.

However, the TV host said she was surprised upon receiving a call from her wedding coordinator last August 30 telling her that the February 14, 2015 wedding date has been approved for Heart and Chiz after the two had spoken to the resort owner, Robert Ongpin.

To clear up confusion, Ongpin issued a statement which was posted on Balesin's official Facebook page.

I am presently in Europe, but my daughter Anna and nephew Apa have just called my attention to a Facebook entry in which someone claimed that their friends were "bumped off" for their proposed February 14 (Valentine's Day) wedding at Balesin. At first, I was amused by the report, but it seems to be getting some traction and I wanted to set the record straight for everyone.

I wish everyone to know that it was I who actually invited Heart and Chiz to have their wedding at Balesin when I had dinner with them shortly after they returned from their trip to Paris sometime in July and even before they announced their formal engagement. I was therefore very pleased when Chiz and Heart called me a few weeks ago to tell me that they had finally decided on Balesin as their wedding venue. As many of you know, both Chiz and Heart have been friends of mine for some time now. Balesin is one of their favorite places and they go there quite often with their families and friends.

After receiving the confirmation from Chiz and Heart, I immediately checked with our Reservations people who told me that nobody had actually confirmed February 14 as of that time, so I told them to block it off. So, nobody has been "bumped off."

I think Heart and Chiz prefer the Royal Villa (which is presently under construction and will be completed by October), but they are also thinking about Toscana Village, which is quite a magnificent venue for a wedding.

Actually, as long as the wedding parties do not consist of a thousand people, but only a few hundred guests, we can accommodate more than one wedding party at Balesin, even during peak season.

I have dictated this to my secretary from Europe because I think it is a serious matter in which innocent people are being unfairly criticized, and in order to settle the issue once and for all.

On the other hand, Heart reportedly told Toni that she tried to reach out for Cesca through their common friends to iron things out.

Both of them are past girlfriends of actor Jericho Rosales, who got married to TV host Kim Jones recently, the report said.

It was not known if the two brides-to-be were able to speak to one another.

It seems though that both weddings will push through in Balesin after it was reported that the actress and the lawmaker moved their wedding day.

Cesca and Tyke will tie the knot on February 14 while Heart and Chiz on the 15th. No more bride wars.