"We are already aware of this and still having an investigation. Rest assured this will be stopped as soonest possible time," said Globe in response to one of the commenters who posted about his observation on why some users resort to illegal usage of the company's internet service.

Prior to the announcement, a Facebook user with the handle Mahal Kita offered Globe a "solution" to stamp out illegal internet connections, adding that he knows the secrets of the alleged hackers and where to find them. 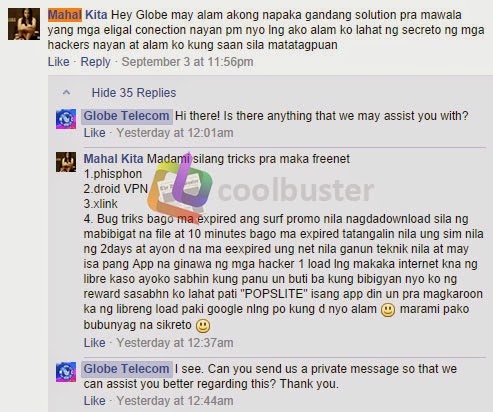 The following day at around 11 a.m., Mahal Kita posted a link to a Facebook group page which is allegedly frequented by those want to know free internet tricks.

Globe Telecom is expected to announce the outcome of its investigation in the coming days.