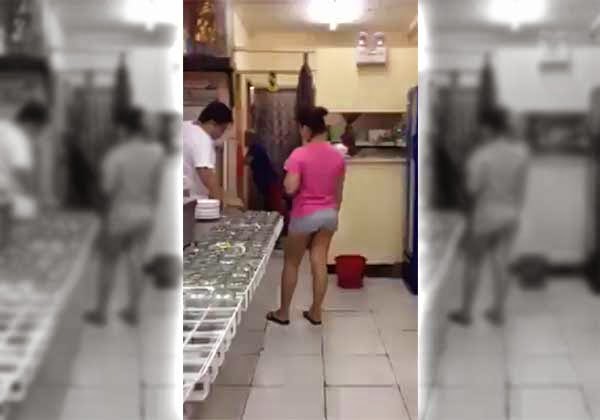 In the video, the tandem urged the lowly worker to take the P20 worth of coins so he can watch pornographic content in the internet for an hour instead of secretly taking pictures of women's arse.

Although hesitant at first, the dishwasher was forced to take the money after the woman holding it threatened to hit and sue him.

The two sermoned the Cebuano worker identified as Joel Villaron while his speechless boss did nothing. One of them called the dishwasher "maniac."

The one holding the camera said she will upload and circulate the video. Indeed, it made rounds on social media but what happened next was unexpected.

Instead of gaining public sympathy, the two women earned the ire of netizens as bashers said they were "overreacting" and have "gone too far" in humiliating Villaron. Some even encouraged the dishwasher to file a case against them.