Black Chicken 'Inside and Out' Sparks Online Debate

By Admin
September 18, 2014newsphotoviral
Photos of a rare breed of chicken that's black inside and out are making rounds online and had sparked a debate whether or not it's real.

Dubai-based lensman Muhammad Shaf of Moodý Photography posted five photos of the black chicken that already garnered more than 19,000 Facebook likes and over 49,000 shares as of this posting.

Post by Moodý Photography.
What's interesting is that many Facebook users are arguing if the rare black chicken is real or fake. It's also quiet funny to see a few commenters saying "being black doesn't mean the rooster can lay eggs."

Well for those who don't know yet, the black chicken is definitely real.

It's called Ayam Cemani, a rarely kept breed of chicken originating in Indonesia. Ayam means "chicken" in Indonesian and Cemani is "completely black" in Javanese, according to a Wikipedia entry. 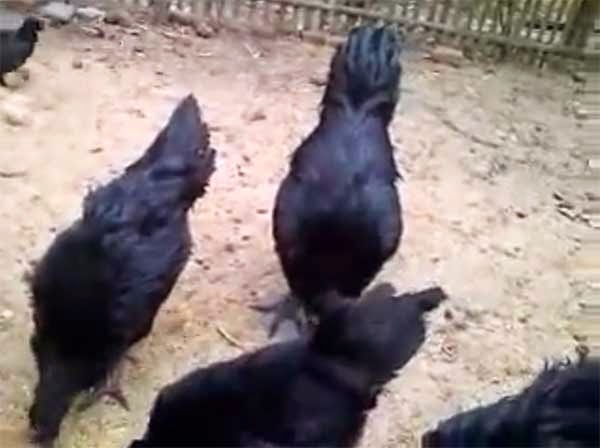 The online source adds "The birds are completely black: black plumage with a greenish shine, black legs and toe nails, black beak and tongue, black comb and wattles, black meat and bones and even dark organs."

Now Moodý Photography has to answer the question "Why are there boiled black eggs in one of the pictures?"