By Admin
August 31, 2014Entertainmentmusicnews
Jade Hipe, the Pinay Videoke Talent, became an internet star after she belted out the Chaka Khan hit "Through The Fire" inside a mall.

While she can definitely make birit, based on her video that went viral on social media recently, the 21-year-old student from San Pedro College of Davao can also perform songs that are soothing to the ears.

Before she got discovered through Facebook, Hipe is already popular in campus because she joins singing contests and performs during school events. 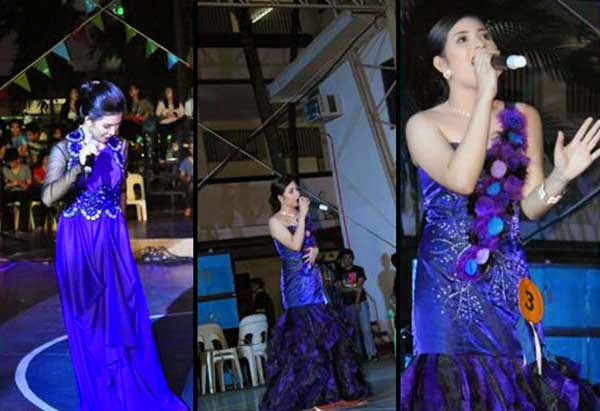 She also has a Sound Cloud account where her own renditions of popular OPM and English songs can be streamed and downloaded.

Listen to her cover of "Dance With My Father," Celine Dion version, and you'll feel relaxed.

Here's another one, her version of Adam Sandler's "Grow Old With You."

Two years ago, Hipe joined the on-air auditions for "The Voice Philippines" held at the MOR 101.1 station where she sang ‎Jennifer Holliday's "And I Am Telling You I'm Not Going."

There were rumors that Hipe passed the on-air auditions for "The Voice Philippines" and got qualified for the next level, but lost some sort of a required document.

In a personal message to COOLBUSTER.net via Facebook, the Pinay Videoke Talent clarified the issue, saying she did not lose anything during the 2012 auditions.