By Admin
August 06, 2014basketballnewssports
Kobe Paras, son of retired PBA legend-turned actor Benjie Paras, is once again in the spotlight after he made a dunk over three players. 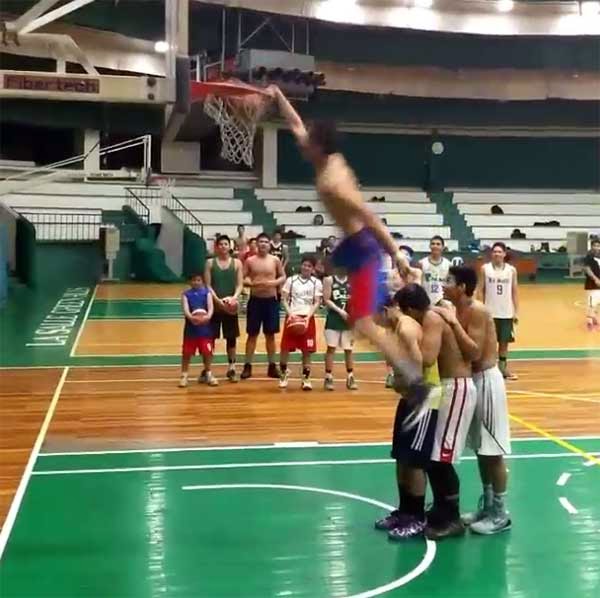 The 16-year-old basketball star recently visited La Salle Greenhills where he graduated high school as a varsity player. During a game, he performed an awesome dunk over three former teammates serving as human barrier.

His brother, Andre, took a video of the spectacular slam and later shared it on Instagram.

Kobe Paras is in Manila to train with the national team representing the country in 2014 FIBA Asia Under 18 Championship in Doha, Qatar this month. He has been making headlines these past weeks.

Before returning home last Friday, August 1, he caught sports media's attention abroad when he played for Team Bayless in the 2014 adidas Super64 tournament held in Las Vegas, Nevada in July.

The six-foot, six inches-tall cager reportedly made 29 points for a 101-94 victory over Garner Road to help his team claim a Final Four finish in the summer tourney.