By Admin
August 19, 2014newsvideo
A 5-year-old boy was severely injured during a freak escalator accident at KCC Mall in General Santos City on Thursday, August 14. 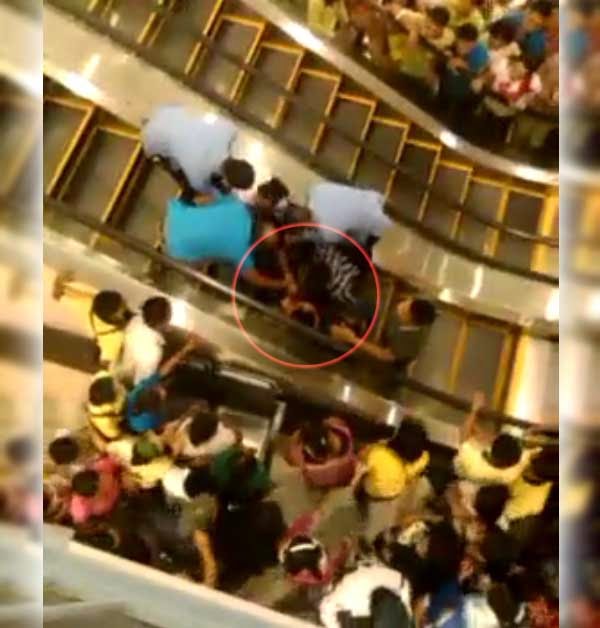 Facebook sources said the victim, whose right arm got stuck in the elevator on his way to the lower floor at around 2 in the afternoon, has been identified as James Ryan Pagulasan.

It was not known if the kid was trying to reach for something or tripped before the accident.

As seen on the video, the mother had gone hysterical and eventually fainted while responding mall staff tried to pull her child's arm. Witnesses said it took them over 25 minutes to remove Pagulasan's arm from the step of the moving starecase.

The boy was rushed to a nearby medical facility for immediate treatment, according to local media reports. Sources told us he is currently recovering from a dislocated right shoulder injury.

KCC Mall management reportedly vowed to shoulder Pagulasan's hospital expenses. The business establishment has yet to release an official statement regarding the freak elevator accident.