By Admin
August 28, 2014educationnews
Ahhh. Finally! The difference between Filipino and Pilipino is clearly explained in the Philippines' WIKApedia for Buwan ng Wika 2014. 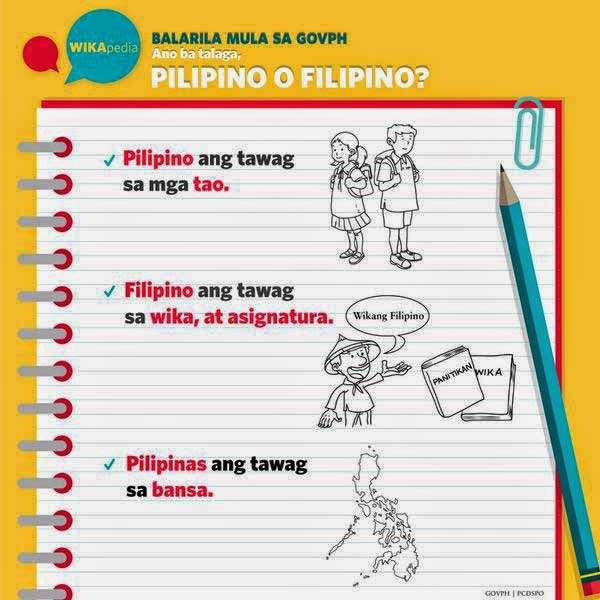 Proclamation 1041, signed by President Fidel Ramos in 1997, sets the month of August every year as the National Language Month.