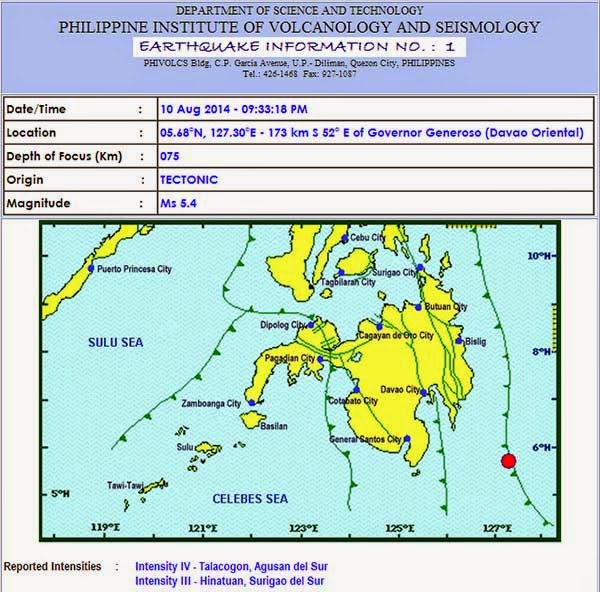 The quake, which was tectonic in origin, occured 173 kilometers Southeast of Governor Generoso in said province, according to Phivolcs.

The following intensities were felt in the affected areas:
There were no immediate reports of injuries or damage to properties as of this posting.