By Coolbuster
July 27, 2014Entertainmentmovienewsteaser video
The modern Wonder Woman in the upcoming film "Batman vs Superman: Dawn Of Justice" has been revealed at Comic Con on Saturday, July 26.

The picture of the new and tough-looking Wonder Woman was posted on Twitter over the weekend by director Zack Snyder, who said he's happy with the way things are going around his project.

In the photo, Gadot is seen standing on what appears to be a volcanic rock, wearing what looks like a female warrior costume with a sword in her right hand — quiet far from Carter's traditional blue, red and white outfit — although she keeps the gold head and wrist bands as well as the high heel boots of the iconic superheroine. 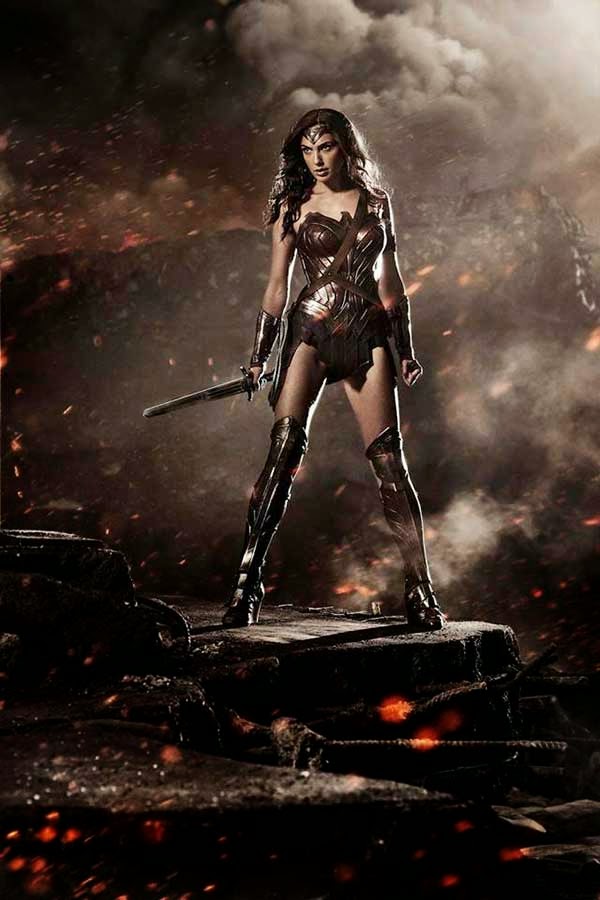 Apart from the big announcement about who the modern Wonder Woman is, a teaser video of Warner Brothers' film was shown at the California event.

Deadline.com says the short clip show's "Batman on a rooftop on a dark and stormy night, eyes glowing blue through the mask of his Batsuit. He strikes on the Batsignal which illuminates the sky, revealing Cavill’s Superman floating in the air, staring him down with eyes glowing red."


Starring Henry Cavill and Ben Affleck, "Batman vs Superman: Dawn Of Justice" is expected to be released on May 6, 2016.