By Coolbuster
July 26, 2014Entertainmentnewsvideoviral
A video showing a young rice cake vendor, who belted out the Aegis hit "Sayang Na Sayang" at a sidewalk in Parañaque, has gone viral. 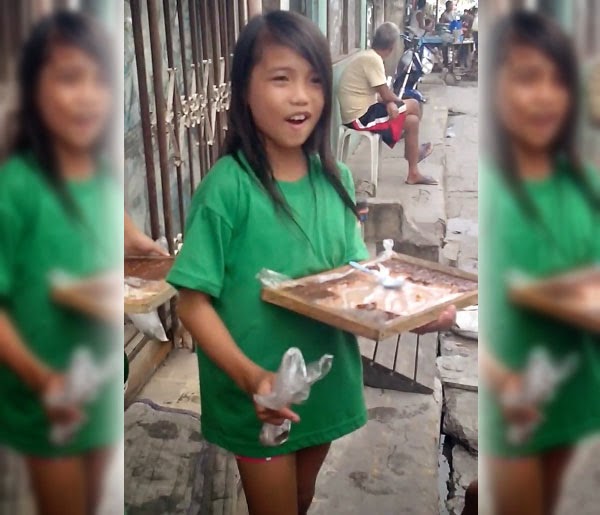 Facebook user Axel Sioson, who works as a cashier at Jollibee, recorded the performance of the girl, believed to be between 8 to 12 years old. She described the young girl as a vendor of bibingka or rice cake.

The clip garnered over 38,000 shares after she uploaded it on the social networking site last Wednesday, July 23.

Some commenters on the fan page said it looked like she's selling puding, another popular sweet delicacy.

Post by Axel Sioson.
Netizens were amazed of her voice, saying that the young girl was born to be a star. Some said she should be featured on television.

On Saturday, July 26, Sioson said the singing rice cake vendor will be appearing on "Kapuso Mo Jessica Soho" on GMA-7 this Sunday, July 27.