Weather forecaster Buddy Javier told media that the LPA is expected to enter the Philippine Area of Responsibility anytime on Thursday. He said the weather disturbance would likely develop into a tropical cyclone.

At 5 p.m., it was seen 990 kilometers East of N. Mindanao and is forecast to remain almost stationary. The agency said the weather system will not yet affect any part of the country.

It's not technically correct to call it Typhoon Henry right now as it has only intensified into a tropical depression and the speed as well as intensity are yet to be announced by PAGASA.

However, the Japan Meteorological Agency (JMA) labeled it as "TD a" with wind speed of 56 kilometers per hour near the center and gustiness of 83 kph. 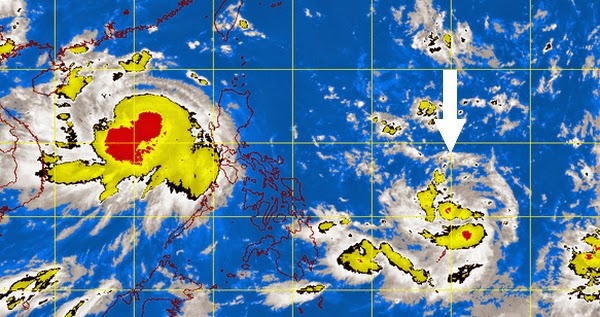 In its forecast earlier, the weather bureau posted that Metro Manila, Central Luzon, CALABARZON and the provinces of Mindoro, Palawan, La Union, Benguet and Pangasinan will have occasional rains. The rest of the country will be partly cloudy to cloudy skies with isolated rainshowers and thunderstorms.

»» CLICK HERE FOR BAGYONG HENRY UPDATE AS OF JULY 18