In its 11 a.m. bulletin, the state weather bureau reported that Bagyong Henry has gained more strength as it traverses east of Batanes towards the Bashi Channel.

Earlier, the eye of the typhoon was spotted at 170 kilometers East Northeast of Basco, Batanes with maximum sustained winds of 140 kilometers per hour near the center and gustiness of up to 170 kph. It is forecast to move Northwest at 24 kph.

The tropical cyclone is expected to be at 470 km North of Basco, Batanes or outside the Philippines Area of Responsibility (PAR) by tomorrow morning. 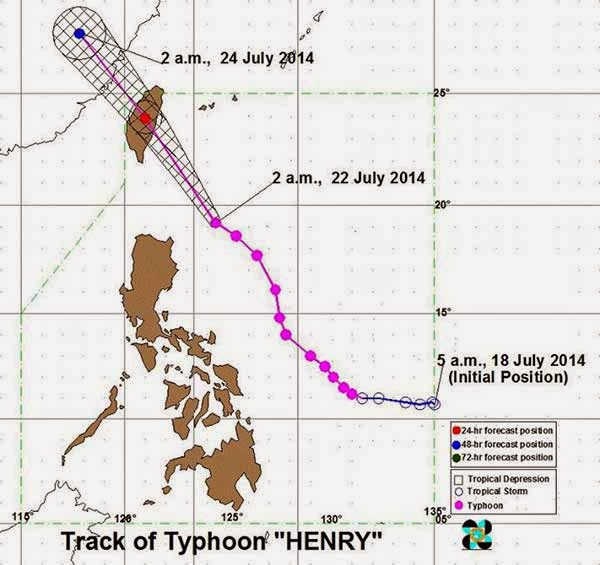 State forecasters said the estimated rainfall amount is from 7.5 to 15 millimeters per hour (moderate to heavy) within the 500-km diameter of the typhoon.

Henry is expected to bring moderate to occasionally heavy rains over Ilocos Region, CAR and Cagayan Valley and the provinces of Zambales and Bataan while the rest of Luzon and Western Visayas will experience monsoon rains, the weather agency stated.

Fisherfolks and those with small seacrafts are advised not to venture out over the seaboards of Luzon and Visayas. PAGASA added that the public and the disaster risk reduction and management council in affected areas are advised to take appropriate actions and watch for the next bulletin.