By Coolbuster
July 17, 2014news
A Typhoon Glenda update for Thursday, July 17, 2014 has been released by the National Disaster Risk Reduction and Management Council.

As of 6 a.m. Thursday, the council announced that a total of 1,193 passengers, 23 vessels, 176 rolling cargoes, and 15 motor bancas were stranded at various ports identified by the Philippine Coast Guard.

Fifteen roads and 4 bridges in several regions were rendered impassable due to incurred damages and flooding, the bulletin said.

Over 7,000 houses were totally damaged and more than 19,000 residential structures in typhoon affected areas were partially destroyed.

The total damage in agriculture was estimated at P668.2 million for rice, corn, high-valued cash crops, and livestock, the NDRRMC added. 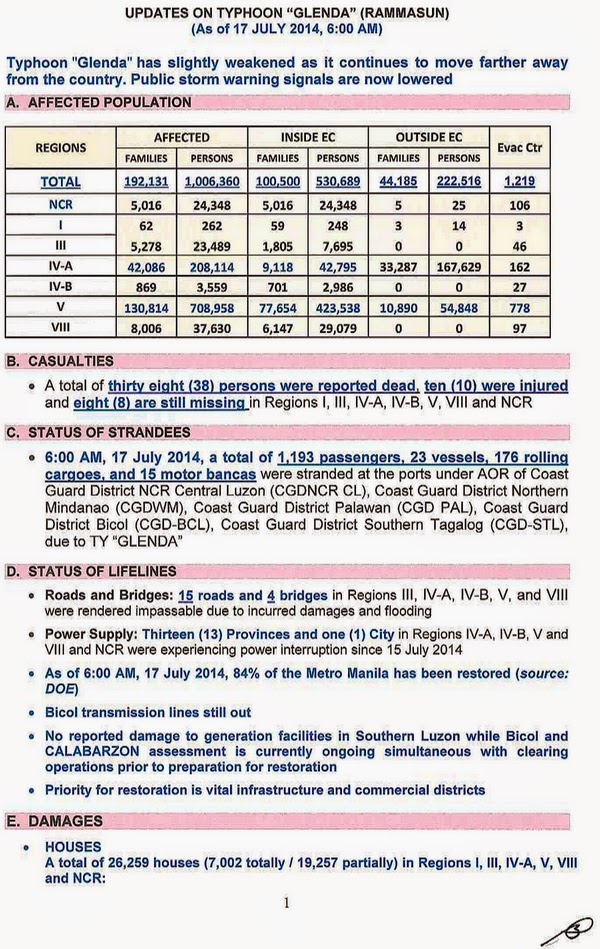