As of 5pm, the state weather bureau said the eye of Glenda was spotted at 60 kilometers East of Legazpi City, Albay with maximum sustained winds of 130 kilometers per hour near the center and gustiness of up to 160 kph. It is forecast to move West Northwest at 19 kph.

The estimated rainfall amount is from 7.5 to 20.0 millimeters per hour (moderate to intense) within the 500-km diameter of the typhoon.

Fishing boats and other small seacrafts are advised not to venture out into the Eastern seaboards of Luzon and Visayas.

The weather bureau advised the public and the Disaster Risk Reduction and Management Council (DRRMC) concerned to take appropriate actions and watch for the next bulletin. 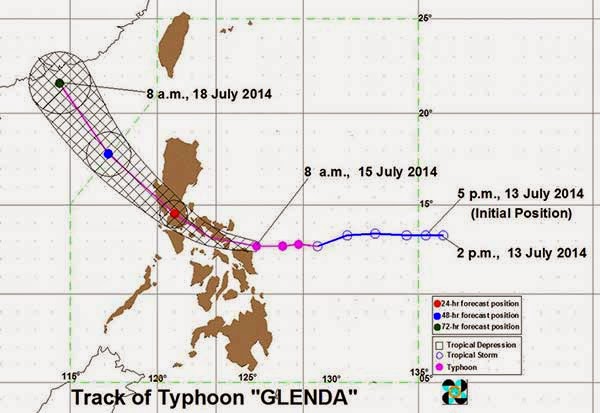