By Admin
July 28, 2014livenewsstate of the nation address
Live stream of SONA 2014, the fifth State of the Nation Address of President Benigno Aquino III which takes place Monday, July 28. 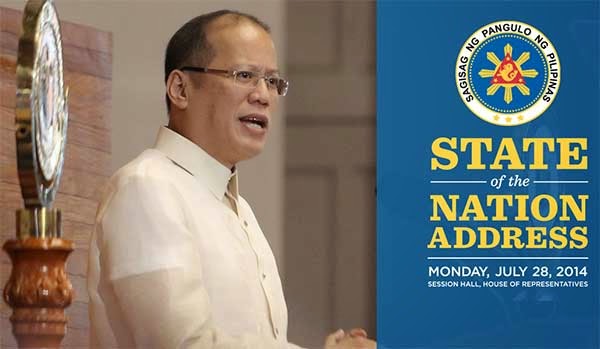 Aquino will deliver his annual report to the Filipino nation during the joint session of Philippine Congress at the House of Representatives in Batasang Pambansa, Quezon City.

Aside from informing the citizenry on the status of the country as well as his administration's accomplishments for the past year, the President is also expected to tackle during his SONA the following issues:
He is likewise anticipated to defend and tackle the controversial Disbursement Acceleration Program and might mention the Supreme Court ruling declaring the DAP unconstitutonal.