By Coolbuster
July 06, 2014newspolitics
Mug shots of senator Juan Ponce Enrile, who's been charged with plunder in connection with the pork barrel scam, haven't been released.

The pictures, which are part of the 90-year-old lawmaker's booking process, could be seen via traditional and social media if the Sandiganbayan decides to make the images public.

In an interview with Philippine Daily Inquirer, the PNP spokeperson said that technically, JPE's mug shots are a "property of the court."

Asked why mugshots of Enrile's co-senators were released, Sindac clarified that the PNP provided only photos of Bong Revilla's booking process while copies of Jinggoy Estrada's mug shots were not officially released. Other reports claim the Sandiganbayan released the latter's mugshot pictures.

Sindac pointed out that the PNP is not obliged to release mug shots to media.

Earlier, the legal team of Senator Juan Ponce Enrile made a formal request to authorities that his mug shot or photographs of the booking process "be kept confidential, or its taking altogether dispensed with" because the subject "is not yet convicted, and thus presumed innocent." 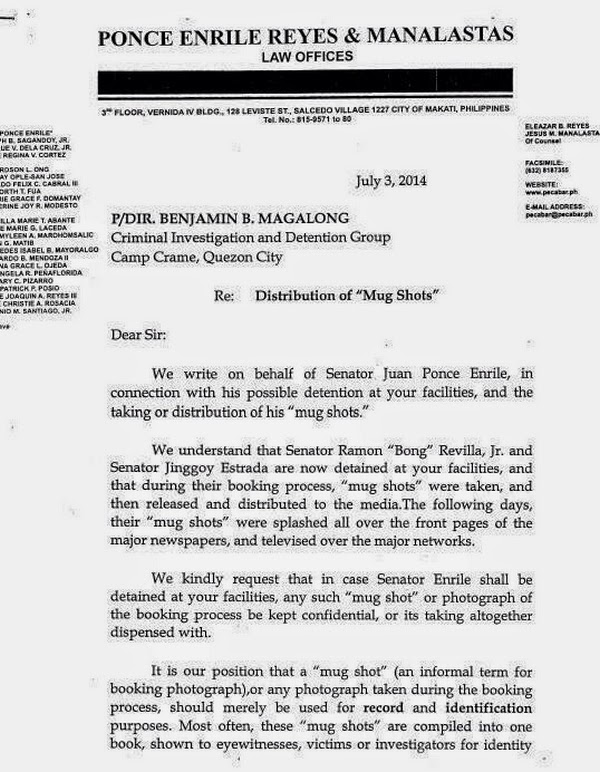 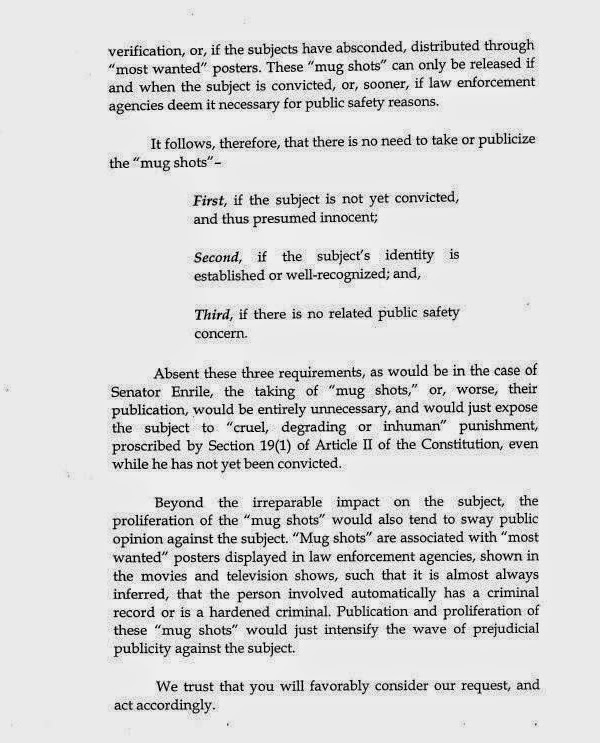