By Admin
July 22, 2014Entertainmentnews
The story of Rowden Go, the cancer patient who married his girlfriend before he died, will be featured on Maalaala Mo Kaya (MMK).

A teaser of the drama anthology's July 26 episode is being aired on ABS-CBN.


Rowden, who was diagnosed with stage four liver cancer in May, exchanged marital vows with his longtime girlfriend, Leizl, inside his room at the Philippine General Hospital in Manila last month.

The couple was supposed to get married on July 8 but the wedding was moved to an earlier date due to Rowden's worsening medical condition. It was attended by relatives and close friends, who all became emotional.

On June 11, Rowden died at the age of 29 just ten hours after the wedding. 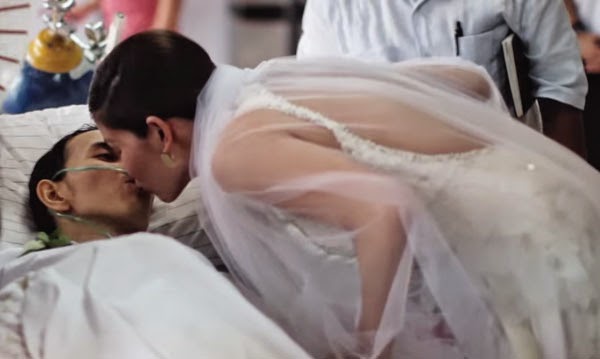 In an interview, Hasset described his late brother's reaction when his last wish was granted as "priceless."

The viral video titled "A Wedding That Will Move You: Rowden & Leizel", has touched people's hearts. It has already garnered almost 12 million hits on YouTube as of this posting.