By Admin
July 14, 2014earthquakenews
A strong Philippines earthquake measured at magnitude 6.1 rocked parts of the Mindanao region at about 4pm Monday, July 14, 2014. 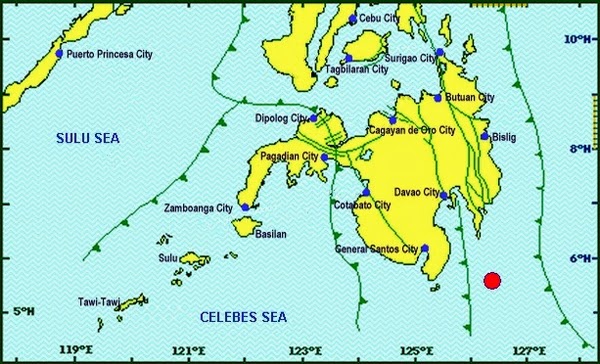 The Philippine Institute of Volcanology and Seismology reported that a massive quake with a depth of 8 kilometers struck about 106 kilometers Southeast of Don Marcelino town in the province of Davao Occidental.

PHIVOLCS said the intensities felt in affected areas were as follows:
There were no immediate reports of injuries or damage to properties, but news about the Philippines earthquake on July 14, 2014 spread like wildfire on social media, prompting Filipinos abroad to check the status of their relatives in Mindanao.