By Coolbuster
July 13, 2014Entertainmentnews
PBB All In housemate Cheridel Alejandrino has been evicted from the Pinoy Big Brother house during the reality show's 8th eviction night. 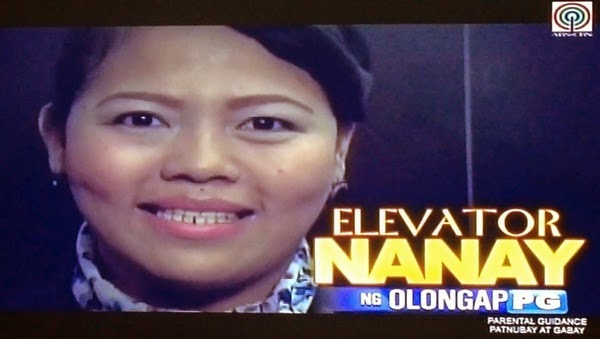 The 28-year-old mall elevator operator from Olongapo City, who became popular on YouTube after a video featuring her jolly and inspiring personality as an SM employee went viral online, got a measly 1.23 percent of the public votes.

Cheridel entered the famous yellow house as a houseguest in mid-June and only became an official housemate after Daniel, Loisa, Manolo and Vickie Rushton won the special task—a performance with kids—in early July.

As she was about to leave the PBB house Sunday night, July 13, Kuya gave her a special power to save a co-housemate and name another who will be slapped with automatic nomination this week.

Her choices were placed inside two envelopes which PBB All In hosts John Prats and Robi Domingo personally delivered. It was Manolo who received the red envelope (safe) while the black one was given to Fifth Pagotan (automatic nomination).

Cheridel Alejandrino was welcomed by her loved ones back to the outside world.