By Admin
July 13, 2014newsPAGASAweather forecast
PAGASA has issued the latest weather forecast and update on Tropical Storm Rammasun, which will be named Bagyong Glenda once it enters the Philippine Area of Responsibility. 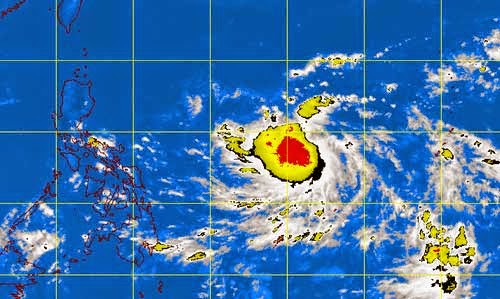 At 6pm, the state weather bureau said Glenda was spotted at 1,100 kilometers East of Legaspi City with maximum sustained winds of 65 kilometers per hour near the center and gustiness of up to 80 kph.

The tropical storm is forecast to move West at 30 kph. It is expected to enter the PAR Sunday night, July 13.

According to state weather forecasters, Mindanao will experience cloudy skies with light to moderate rains and thunderstorms. Metro Manila and the rest of the country will be partly cloudy to cloudy with isolated rainshowers or thunderstorms.

Estimated rainfall amount is from 7.5 to 15 millimeters per hour (moderate to heavy) within the 400-km diameter of the storm.

Glenda will not yet affect any part of the country, the weather agency said. However, the general public and disaster risk reduction and management councils have been advised to be alert and monitor the updates to be incorporated in the succeeding PAGASA weather forecast.

Bookmark and visit this site more often for updates on Bagyong Glenda 2014.