It's More Fun in the Philippines: Cebu TVC (Video)

By Admin
July 12, 2014It's More Fun In The PhilippinesnewsTourism
A new TV ad which highlights the sites and sounds that make Cebu the ultimate island destination has been released by the Department of Tourism. 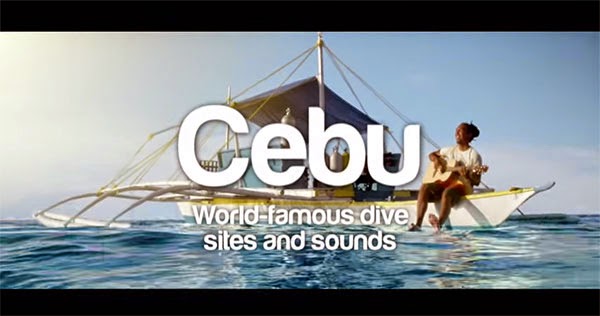 In the video, a diver enjoys the breathtaking underwater scenery at one of Cebu's sites spendid for snorkeling and scuba diving.

He watches a variety of species including a jellyfish that waves its tentacles when a breathtaking sardine run appears before his eyes. The school of pilchards then executes a tornado and mirror ball-like formation, making his experience even more delightful.

Awaiting above the amazing underwater habitat surrounding a massive coral reef is a boat steered by a companion who's swaying to the rhythm of a finely crafted Cebu guitar.

The new international TV commercial featuring Cebu is part of the country's "It's More Fun in the Philippines" campaign.

Check out this video: