By Admin
July 22, 2014basketballnewssports
The exhibition game between Gilas Pilipinas and NBA stars Tuesday have been cancelled by organizers of The Last Home Stand event. 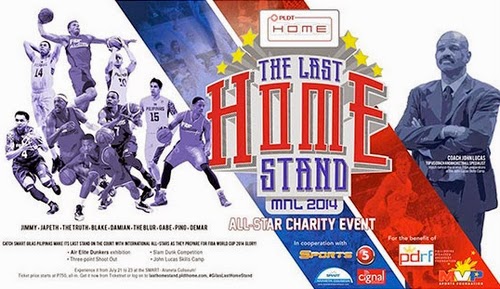 Reports said Gilas coach Chot Reyes announced the cancellation of the game at Smart Araneta Coliseum. An official statement regarding the reason behind it is yet to be released.

However, ABS-CBN's late night news program "Bandila" reported that according to a source, the NBA did not allow its players to take the court in the absence of an approval from the league.

Reports said fans will be treated with a drill by Gilas Pilipinas players and NBA stars.