By Admin
July 02, 2014news
CCTv video captured a scene where hazing victim Guillo Cesar Servando was dragged by his College of St. Benilde schoolmates at a condo. 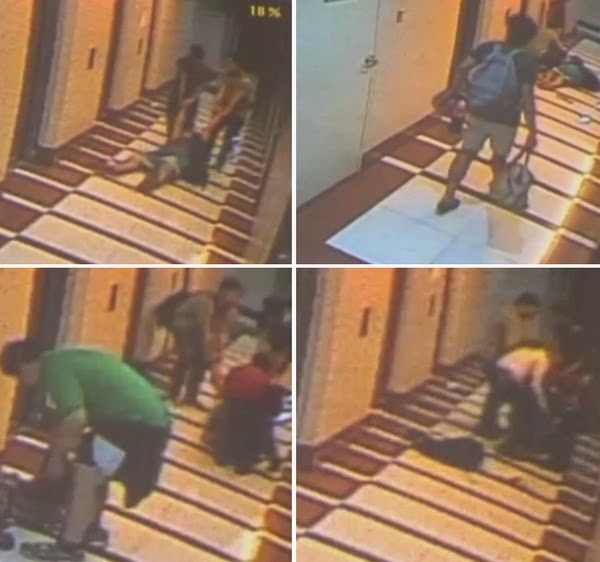 The footage was taken at the hallway of the 29th floor of One Archers Place, a condominium building located at Taft Avenue in Metro Manila, around 9:30 p.m. last Saturday, June 28, 2014.

At least 4 hours earlier, Servando and three other recruits were reportedly fetched from the condo and brought to a fastfood chain near CSB. They later boarded two taxi cabs and were blindfolded by their escorts while being transported to a site where the inititation rites took place.

The 18-year-old Servando died after sustaining multiple injuries from the initiation while the rest are recuperating at a hospital.

Police tagged eleven Tau Gamma Phi fraternity members as suspects in the killing. Two of them have been identified in media reports as Trex Garcia and Hans Tamaring. Cases against the suspects are expected to be filed within the week.