By Admin
June 12, 2014Entertainmentmusicnewsvideoviral
Korean singer Psy has once again hit the internet by storm as the music video of his new song "Hangover" featuring Snoop Dogg goes viral. 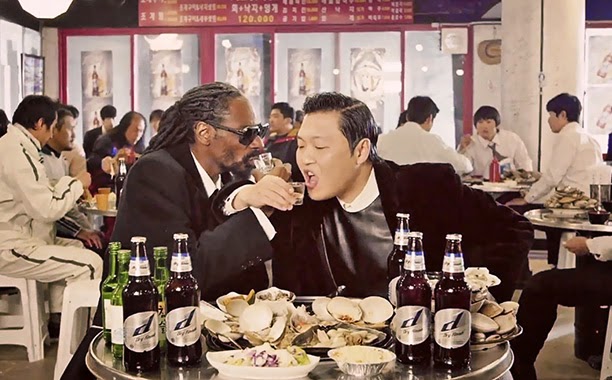 Singer-composer Pharrell has called it a classic but, according to The Independent, the "Hangover" music video angered fans.

Psy has apparently "disowned his K-Pop roots" by teaming up with an international artist, according to some disappointed fans. Others reportedly criticized the song saying it "sounded more like 'Snoop Dogg ft Psy' than 'Psy ft Snoop Dogg'".

Despite the negative reactions, Psy's new single continues to draw attention and the video is expected to hit 1 billion views in a few weeks time considering that the two artists have their own fans and the collaboration means the support's doubled.