By Admin
June 10, 2014Entertainmentnews
The nude painting challenge on PBB All In has caught the attention of the Movie and Television Review and Classification Board (MTRCB). 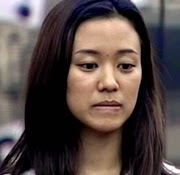 In a Twitter post on Monday, the MTRCB said it was "alarmed over alleged gender-insensitivity" in the challenge. They invited the reality show's local producer, ABS-CBN, to a mandatory conference on Wednesday, June 11.

The network's spokesman, Bong Osorio, said they will cooperate and meet with the MTRCB to discuss the matter.

Last week, PBB All In housemates were given 3 opportunities to say "No" to a challenge. If they fail in the weekly task, no extra budget will be given to them for the succeeding week.

In its June 5 episode, Pinoy Big Brother challenged housemate Jayme Jalandoni to pose naked for a painting session. She initially refused but later gave in, apparently under pressure.

The 23-year-old nurse was instructed to choose three co-housemates to join her in the challenge, which was part of their weekly task. Along with Daniel Matsunaga and Ranty Portento, she also picked Michele Gumabao, 21, who herself turned emotional.

Jayme explained that the nude painting is "done for art, not for lust." However, after listening to the advise of her father, she finally decided to say "No" out of respect to their family's religious beliefs and to uphold their principles.

According to a report published on Yahoo! News Philippines, the Board believes that "the pressure exerted upon the said housemates arguably constitutes moral and psychological violence upon them and may violate their dignity as persons."

Should the MTRCB suspend the program? Will the controversial PBB All In nude painting challenge drag the reality show's ratings down? Let us know what you're thinking.