By Coolbuster
June 24, 2014napolcomnews
Takers of PNP exams can use the Napolcom online verification of ratings on the National Police Commission's website to know their grades. 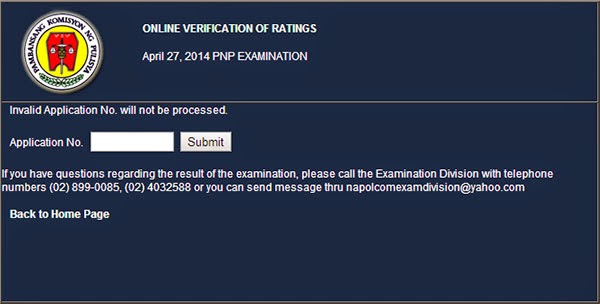 Napolcom said it conducts two sets of police exams twice a year, one for those who are already in the police service (promotional), and another for those aspiring to enter the Philippine National Police (PNP entrance).

The tests were held in designated examination venues across the country last April 27, 2014. The next set of exams will be conducted in October.