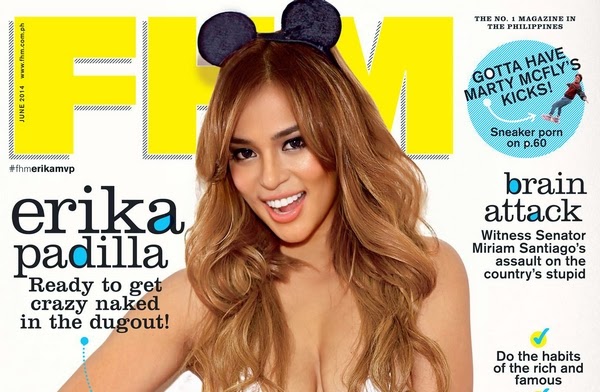 In the photo taken by Ejay Leung, the 2008 Miss Bikini Philippines 'Miss Photogenic' awardee wore only a white tank top with a print that says "#selfie."

Erika, a graduate of Political Science at Ateneo de Manila University, is a contract artist of TV5. She is a co-host in "Killer Karaoke: Pinoy Naman" hosted by comedian Michael V.

Aside from being a sportcaster of the Philippine Basketball Association, the former ABS-CBN Star Magic talent is also a columnist for FHM's web platform.

Obviously, the cover photo of the daring 'Dugout Queen' sent the curious to search online for Erika Padilla FHM news.