By Admin
May 25, 2014basketballnewssports
Retired basketball player Yao Ming has denied that he's eyeing a deal to buy the Los Angeles Clippers in the NBA amid various reports. 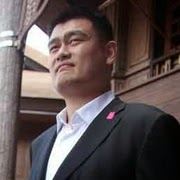 In an email, the former Houston Rockets star reportedly said he really doesn't know where the news came from.

Citing sources, ESPN.com reported Friday that Yao is forming a group of Chinese businessmen to participate in the bidding process.

According to various media outlets in the US, embattled Clippers owner Donald Sterling had authorized his wife Shelly to negotiate for the sale of the team.

In case he changes his mind and decides to purchase the Clippers, the 33-year-old economics student is very much capable of owning the team as he owns a squad in China, the Shanghai Sharks, which he bought in 2009.

Yao Ming keeps close ties with the NBA and is active in promoting basketball in Asia.