By Admin
May 23, 2014newsphotorelationshipsshowbizviral
Ruffa Gutierrez has denied that Jordan Mouyal, the French businessman she was with in viral Instagram photos, is her new boyfriend.

In an interview Tuesday on the late night talk show Aquino & Abunda Tonight, the 39-year-old former beauty queen described the guy as her "constant date" saying:

He's not yet my boyfriend, barkada barkada pa lang muna.

Pictures shared on IG by broadcast personality and businessman Tim Yap show Ruffa and her rumored boyfriend having a dinner date and riding a boat in Coron on their way to the 5-star Huma Island Resort & Spa in Busuanga, Palawan. 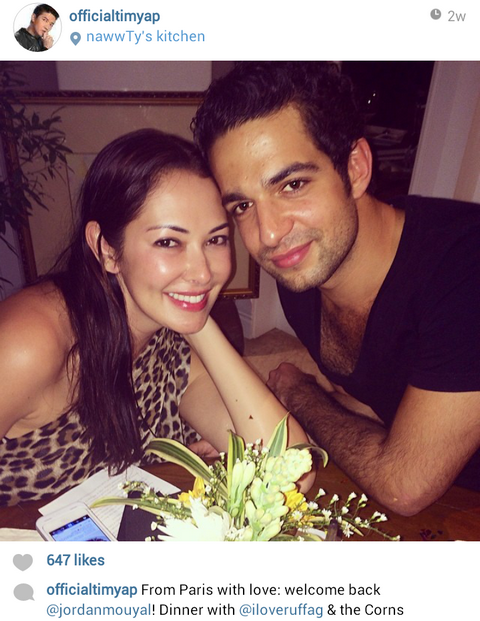 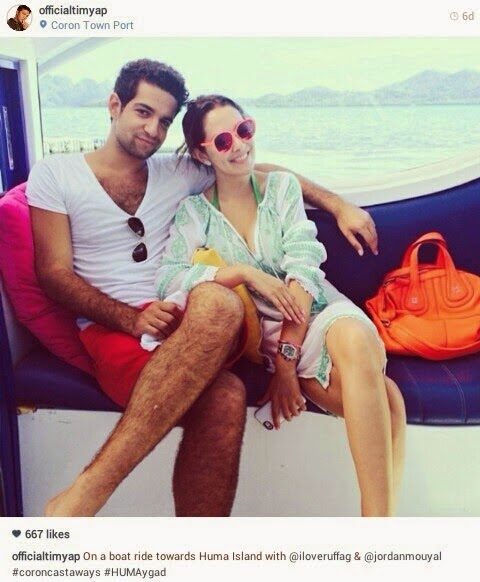 Showbiz-oriented netizens noticed that Jordan looks "similar" to Ruffa's ex-husband, Turkish businessman Ylmaz Bektas who is three years younger than her. The French guy, whose family reportedly owns a financing company, seems younger than both of them though according to social media users.

Ruffa was also linked to 30-year-old actor John Lloyd Cruz in the past so it's pretty obvious that she has a thing for younger men.

In a recent presscon, the 5'10"-tall ex-beauty titlist admitted that she "always fall in love with someone younger." The reason is that she finds older guys boring.

The mother of two also said that Filipino men are too shy to ask her for a date, which is most probably the reason why she gets into a relationship with foreigners. And maybe, pinoys are afraid to woo her due to the intimidating remarks of her tough mom Annabelle Rama, who prefers a really rich guy for her celebrity daughter.

However, if she finds Mr. Right, the model-actress clarified that she will accept him for whoever he is (as long as he's not a teenager).

For more developments about Ruffa Gutierrez and Jordan Mouyal, her rumored boyfriend, and other trending showbiz news, bookmark and visit this site regularly.