By Admin
May 04, 2014EntertainmentmusicnewsTV Commercialsvideoviral
"New Days" is the single from the German rock group Asher Lane featured in television commercial ads for NIVEA. Check out the videos. 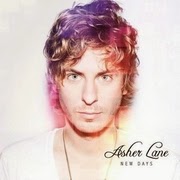 The dermological group previously used the song in its marketing campaign abroad including the US and United Kingdom. Now, the soundtrack is taking the Philippines by storm.

At first, one would guess that the song is titled "Across the Universe," but curiosity has driven netizens and music lovers to search the web for the correct title and artist.

Here's "New Days" by Asher Lane, followed by relevant NIVEA ads. We hope that you will enjoy watching the videos.