By Admin
May 28, 2014newsopinionshowbiz
The life story of Lance Raymundo, the singer-actor who met a freak gym accident, is worthy to be featured on Maalaala Mo Kaya (MMK). 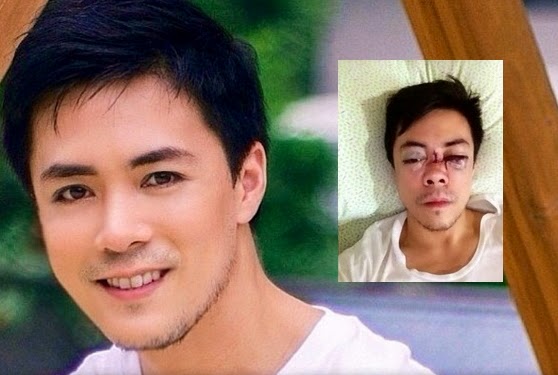 Last March 20, an 80-pound barbell accidentally dropped on his face causing damage to his nose, cheek bones, and forehead and made him partially blind.

Lance said he was required to undergo two surgeries one month apart, the first of which was done on March 25 to reconstruct the skull and foundation of his face. The second was to transplant cartilages into the external areas like the nose as well as parts of his faces that were deformed.

In spite of all the circumstances, the singer-actor never lost hope and there was never a time that he complained about anything. In fact, he did forgive the gym instructor/trainer right away and accepted everything with open arms.

Two months after the accident, Lance has fully recovered. He looks even better than before based on the photo he shared on Instagram, the same picture that was published on a widely circulated paper very recently. Some new female fans said his new look is so irresistible they already got a crush on him.

Because of his positive attitude, strong faith, and the will to overcome the challenges in life, eased with the support of his family and friends, Lance Raymundo has become an inspiration to many.

Netizens on social media praised him, saying that his life story is touching. It is, indeed, MMK worthy.