I Am Pogay grand winner named on It's Showtime

By Admin
May 10, 2014Entertainmentnews
The first-ever grand winner of I Am Pogay, the search for gay heartthrobs on ABS-CBN It's Showtime, has been named over the weekend. 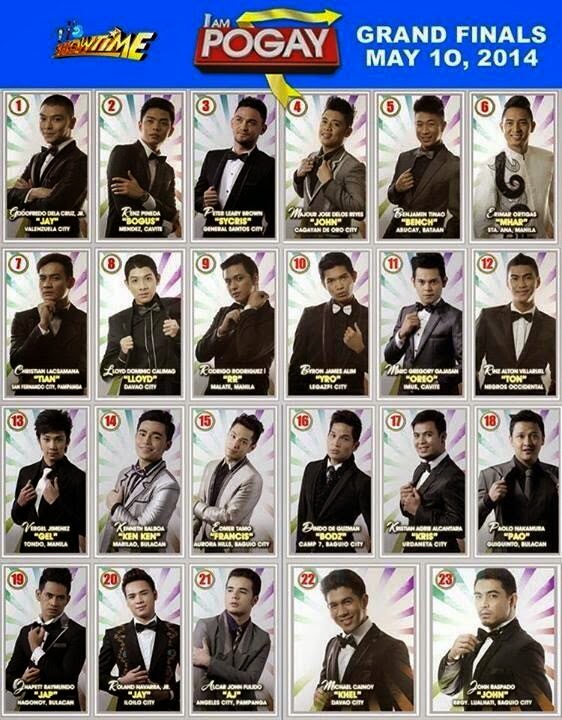 The grand finale was telecast live on ABS-CBN on Saturday, May 10, 2014 after the grand finalists battled it out during a week-long grand finals competition.

The Top 5 were announced following the final talent contest and the grand winner was determined after the final Question and Answer (Q&A) portion. They were Christian Laxamana, Ton Villaruel, John Raspado, Oreo Gajasan, and Peter Sycris Brown.

Final results:
The I Am Pogay grand winner will bring home a cash prize of P300,000.