By Admin
May 01, 2014newsshowbiz
Cressida Bonas and Prince Harry have reportedly ended their romantic relationship. Rumors about the break up spread online very recently. 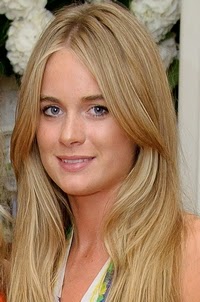 The 25-year-old socialite, who was a former dancer, and the 29-year-old British royal have been dating for nearly two years before news about their split broke out.

In early March this year, various entertainment news websites predicted that the two will get engaged soon. Eventually on the contrary, the couple allegedly decided to go separate ways.

A source had told media that Prince Harry found his ex-girlfriend "too needy" and the relationship "just wasn't working out."

On Wednesday, Cressida Bonas was reportedly spotted in London having some refreshing health drink while strolling alone as Prince Harry was heading to Memphis, Tennessee to attend a friend's wedding.